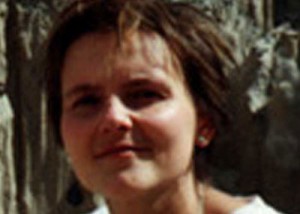 Henriette, is a Hungarian-born anthropologist. She obtained her master’s degree in Universal Literature and Italian Language in 1990 from the University of Szeged, in Hungary. After graduation she joined Jac Avila to form Pachamama Films.

In 1992 she moved to Bolivia to work with Pachamama Films in the production of feature films, documentaries and television programs and to organize training workshops for actors and production crews. While in Bolivia, she enrolled in the UMSA(State University) to study anthropology, which she found fascinating in such a multi-cultural country.

With Pachamama Films she produced and acted in the production of a dramatic mini series: El Hombre de La Luna. Later, in 1996 she produced and researched for an ecological documentary about the work of the Ecological Institute in the province of Beni, Bolivia. In 1997 she produced the documentaries Earth Day and Incarracay. In 2005 she participated in Outbreak Investigation: Curse of the Black Typhus, a historical documentary for National Geographic about the 1963 Hemorrhagic Fever epidemic in Bolivia. In 2006 she produced the documentaries Vientos Negros, the Bolivian version of the epidemic in Beni, Misiones about the Jesuit missions and the Moxos civilization and a documentary covering the projects of the Prefectura Del Departamento del Beni, all of them in Beni.

During her university years in the early 90’s she worked mainly in the Andean area, as a volunteer. She also served as advisor to an Aymara indigenous political organization. Later she worked as a consultant for several institutions such as International Conservation, Ministry of Indigenous Affairs, CARE, among others. She was involved in various indigenous projects in the Bolivian low-lands learning about the differences between indigenous cultures and gaining more experience about rural development in Bolivia. She wrote her first published investigation for a United Nation’s office, an ethnography about the Baure indigenous group.
In 2003 she took over the N.G.O. Aguarague in Santa Cruz, in the Bolivian low-lands, and started to work mainly in development projects and in ecological and cultural investigations. She published two more works as co-author of Management Manual of Native Bees and a cultural anthropology investigation about honey and native bees in the culture of the Ayoreo indigenous group. She created the macro-project “Bees-Bolivia” and the series “People and Honey” which aims to map Bolivia’s honey culture.
Presently, she is working on an alternative history book of the Ayoreos and is gathering a collection of Ayoreo myths both for cultural and environmental education.

In 2008 she published Diccionario de la Antropología Boliviana. A work that took her ten years to make.

Dead But Dreaming Directed by Jac Avila The year is 1805, the city of Nuestra Señora de La Paz lives in fear of an invasion from the indigenous population, and END_OF_DOCUMENT_TOKEN_TO_BE_REPLACED

A co-production of Pachamama FIlms and Decadent Cinema. Based on the children’s story “La barbe bleue” (1697) written by Charles Perrault. Barbazul, the wealthy owner of a vineyard, loves women… END_OF_DOCUMENT_TOKEN_TO_BE_REPLACED

JUSTINE A film by Jac Avila Close your eyes. And step into my dungeon… Can you hear the screams? The WAILS of ecstasy! The CRACK of the whip! The SQUEAL END_OF_DOCUMENT_TOKEN_TO_BE_REPLACED

Anouk is French, she’s 30, she’s in Bolivia. A massive demonstration is taken place outside the charming café where she’s talking to a friend. Luis, Bolivian, 50, is observing her END_OF_DOCUMENT_TOKEN_TO_BE_REPLACED

A co-production of Pachamama Films and Decadent Cinema. Maleficarum is the story of Francisca, a wealthy orphan and Mariana, her widowed protestant friend, who live surrounded by a town in END_OF_DOCUMENT_TOKEN_TO_BE_REPLACED

As the postmodern world is stormed by an onslaught of religious fundamentalism and resurrected holy wars, Camille, a 21st century young French woman, experiences the passion of a 3rd century END_OF_DOCUMENT_TOKEN_TO_BE_REPLACED