Part of a review by Eda Chang that appears in the IMDB page of Maleficarum. 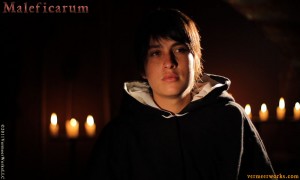 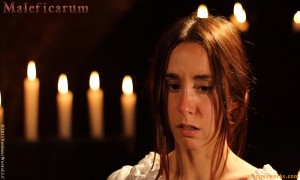 “Warning: This is a brutal film that definitely will not appeal to everyone. It involves extensive female nudity and torture and falls into the “church torture of heretics” genre.

Now that you know what to expect in general:

The technical quality of the cinematography, and the authenticity of the sets and costumes gives this film a definite sense of “big budget theatrical release,” which is completely unexpected for a film in this genre, particularly one made on a stated budget of only $105,000.

Despite falling into the “torture” genre, the film does not rush into those scenes, but takes the time necessary to set up its story and characters, and does so with a calm that very much contrasts with later events. For a time, in fact, the head of the church, the women’s main accuser, truly appears interested in saving their souls, rather than in taking their money. While it is obvious immediately that things will not go well for Lady Francisca (Mila) when she does not agree to the church’s request for a large monetary 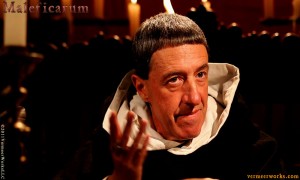 Beto Lopez is the Inquisitor.

donation, the background music remains soothing, rather than ominous, throughout the film, thereby contrasting what is happening in most of the scenes over which it is played. Even the opening questioning of the two women is understated, although Lady Mariana (Amy) gradually becomes more terrified as it becomes apparent that the charges against her are far more serious than her mere involvement in the minor altercation that had led to the appearance of the two ladies before the inquisitor tribunal.

The juxtaposition throughout the film of the scenes in which the head inquisitor calmly questions the many witnesses against the women with the scenes of Mariana and Francisca being brought to the dungeon, stripped, chained to the wall and subject to a variety of tortures was masterful, effectively presenting the unimaginable tension, terror and pain that lay just beneath the facade of a calm search for the truth.” 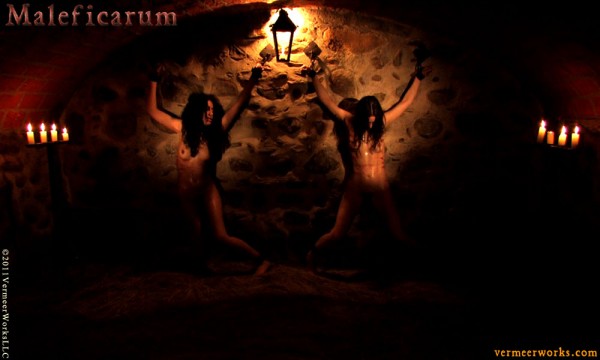 The following is the 3rd segment of Amy’s in depth interview where she discusses the locations, the making of the props and more.

Dead But Dreaming Directed by Jac Avila The year is 1805, the city of Nuestra Señora de La Paz lives in fear of an invasion from the indigenous population, and END_OF_DOCUMENT_TOKEN_TO_BE_REPLACED

A co-production of Pachamama FIlms and Decadent Cinema. Based on the children’s story “La barbe bleue” (1697) written by Charles Perrault. Barbazul, the wealthy owner of a vineyard, loves women… END_OF_DOCUMENT_TOKEN_TO_BE_REPLACED

JUSTINE A film by Jac Avila Close your eyes. And step into my dungeon… Can you hear the screams? The WAILS of ecstasy! The CRACK of the whip! The SQUEAL END_OF_DOCUMENT_TOKEN_TO_BE_REPLACED

Anouk is French, she’s 30, she’s in Bolivia. A massive demonstration is taken place outside the charming café where she’s talking to a friend. Luis, Bolivian, 50, is observing her END_OF_DOCUMENT_TOKEN_TO_BE_REPLACED

A co-production of Pachamama Films and Decadent Cinema. Maleficarum is the story of Francisca, a wealthy orphan and Mariana, her widowed protestant friend, who live surrounded by a town in END_OF_DOCUMENT_TOKEN_TO_BE_REPLACED

As the postmodern world is stormed by an onslaught of religious fundamentalism and resurrected holy wars, Camille, a 21st century young French woman, experiences the passion of a 3rd century END_OF_DOCUMENT_TOKEN_TO_BE_REPLACED