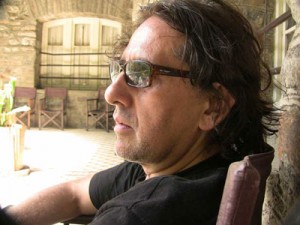 Avila has worked with international film organizations such as The National Film Board of Canada, ICAIC (the Cuban film institute), Magyar Films in Hungary, Ki Films, France, Channel Four of England and with National Geographic in the production of Outbreak Investigation: Curse of the Black Typhus.

With his fiction miniseries El Hombre de la Luna, Avila opened a daring cinematic career path in fiction, adding to his long trajectory of documentary and experimental film making. CrossOver, the experimental short, made in collaboration with international artist Tadeusz Myslowski, is featured in the

Avila went on to direct such films as Vientos Negros, about the hemorrhagic fever of Beni, Bolivia, and controversial fiction films Martyr and Maleficarum, both centering around concepts of torture and martyrdom. And producing and acting in other films, among them the controversial Sirwiñakuy (2010, Amy Hesketh), Barbazul (Amy Hesketh) and Le Marquis de la Croix (Amy Hesketh), in which he interprets the daring roles of a sadist, a serial killer, and the Marquis de Sade, respectively.

With Dead But Dreaming, Avila opens a new genre in Bolivian cinema, the vampire film. Taking place over several eras and filmed in various locations across the diverse Bolivian landscape, this film promises to deliver a fantastic image and exciting story, previously untouched in Bolivia.

Read what Jac says in his Blog HERE.

Dead But Dreaming Directed by Jac Avila The year is 1805, the city of Nuestra Señora de La Paz lives in fear of an invasion from the indigenous population, and END_OF_DOCUMENT_TOKEN_TO_BE_REPLACED

A co-production of Pachamama FIlms and Decadent Cinema. Based on the children’s story “La barbe bleue” (1697) written by Charles Perrault. Barbazul, the wealthy owner of a vineyard, loves women… END_OF_DOCUMENT_TOKEN_TO_BE_REPLACED

JUSTINE A film by Jac Avila Close your eyes. And step into my dungeon… Can you hear the screams? The WAILS of ecstasy! The CRACK of the whip! The SQUEAL END_OF_DOCUMENT_TOKEN_TO_BE_REPLACED

Anouk is French, she’s 30, she’s in Bolivia. A massive demonstration is taken place outside the charming café where she’s talking to a friend. Luis, Bolivian, 50, is observing her END_OF_DOCUMENT_TOKEN_TO_BE_REPLACED

A co-production of Pachamama Films and Decadent Cinema. Maleficarum is the story of Francisca, a wealthy orphan and Mariana, her widowed protestant friend, who live surrounded by a town in END_OF_DOCUMENT_TOKEN_TO_BE_REPLACED

As the postmodern world is stormed by an onslaught of religious fundamentalism and resurrected holy wars, Camille, a 21st century young French woman, experiences the passion of a 3rd century END_OF_DOCUMENT_TOKEN_TO_BE_REPLACED